In an ebony dark room, sparks were flying eccentrically all around. Add to it ravaging temperatures and the place felt like an overheated oven. “Hit it there”, ordered the master. This was heard twice or thrice and then he was heard shouting, “Hit it now”. The orders were relentless and there was a stark resemblance in his daunting tone and the searing heat emanating from the furnace; both were filled with raging flames. Each time the metal was brought to the anvil to forge, the place reverberated “Hit it there”, “Hit it now”.

Today, even after almost 25 years, the occasion of our school field trip is ripe in my memory. We were studying about community helpers and it was our monthly day beyond the walls. I stood then, and even now, wondering, why was it so necessary to hit the heated piece of metal at the right place and at the right time? Why was the master persistent in his call to “strike” on “time”? It is to be observed that a metal remains malleable only when it is in its forging colours, a mixed version of yellow and orange. Any other colour like blue, white or red indicates an inappropriate temperature for forging. Therefore, differently expressed, the right time to strike a metal sheet with a hammer to give it a desired shape is when it is in a moulding state. Analogically viewed, there are certain beaming reflections to be inferred from as dark a place as a blacksmith’s workshop.

Today, I ponder and find that there is certain chemistry between a “task” and its “timing”. It has to happen in a particular time frame to actually happen. Retrospectively, when we look at such discovering life lessons, we realize that great personalities have in themselves, an unparalleled quality of always endeavoring on the right time. As the quality itself, such personalities too are unique. His Holiness Dr Syedna Mohammed Burhanuddin (RA) was one such distinguished visionary.

His glorious 50 years as Dai-al-Multlaq are glaring paragons of how to perform a task “on time”. A more appropriate elucidation would be to state that whatever the Syedna (RA) undertook benevolently for the sake of his followers, itself indicated that it was the right time to do so. Syedna’s (RA) undertaking was the criterion to know whether the time was right or not. Therefore, it is only apt for people like me, who are so very humble in their intellectual capacities, to take a few examples from His Holiness’ (RA) history and comprehend the ‘vitality of moments’ from it.

Let us consider the first:

In 1399H which corresponds to the English year 1979, al-Dai al-Ajal Syedna Mohammed Burhanuddin (RA) decisively persuaded his followers, the Dawoodi Bohra community members to introspect and align their personal, professional and spiritual lives with the tenets of Islam and Iman. The occasion is registered in the annals of Fatemi history as al-Multaqa al-Fatemi al-Ilmi (The conclave of Fatemi knowledge).  A huge number of community members, most of whom were in charge of their local community administrations, flocked to the city of Surat in south Gujarat, India. It was not the first time that mumeneen; as the community members are internally known; had been summoned by a Dai al-Mutlaq to Surat. The 43rdDai al-Mutlaq, out of his magnanimity and munificence had hosted 12,000 mumeneen in his auspices for 11 long months, when the infamous tragic famine of Kathiawad in Gujarat threatened to dilapidate their very existence around 200 years ago. There is a conclusive connection between both these historical events, for the lives of all beneficiaries were significantly uplifted in its consequence, forever. They returned replete with spirituality and cleansed of their temporal worries.

Since al-Multaqa focused on reviving Fatemi traditions, a number of directives were issued by al-Dai al-Ajal Syedna Mohammed Burhanuddin (RA) to his followers that changed the course of community’s history in the coming times. It is indeed mountainous to mention and derive insights from each of those in this short article, hence, let us only taste a grain from the saucepan to literally savour the rest!

One emphasis put forth by the Syedna (RA) was on eliminating business transactions based on interest. A steep ask for some then, however, totally founded on the principles of Fatemi jurisprudence, this directive is deemed as the bedrock of modern Dawoodi Bohra history. With compliance to it, the face of the community was decisively changed and moulded in the shape desired by al-Dai al-Ajal Syedna Mohammed Burhnauddin (RA).

As we spoke above of the important life lesson of ‘striking on time’, there cannot be a better example than this. If we quickly peek into the history of the decade of 1980’s we would be convinced that there was certain enlightenment in the directives of al-Multaqa. It is inexplicable yet believable how the pompous financial advances veiled the eyes of the world from foreseeing a recession but failed to do so to al-Dai al-Ajal Syedna Mohammed Burhanuddin (RA). It is widely conceived through various researches conducted by experts that the world went in deep financial crisis after the Wall Street crashed in 1987 (This was one of the most significant events of 1980’s). Although it happened in America, the aftershocks were felt by the whole world. The reason for this crash was none but greed! The famous words “Greed, for the lack of a better word, is good” sums up the case. Now, if we consider the diligence with which al-Dai al-Ajal Syedna Mohammed Burhanuddin (RA) stimulated his followers to absolve of unethical business practices that spawn from the basic human instinct of greed, it is affirmed that he was seeing miles ahead of any other contemporary leader alive then. The point is not how many people were directly affected by the recession, in fact, it is about the attitude of over enthusiasm and greed that trips one into the gorges of mismanaging businesses, sometimes to an extent that is irrevocably dangerous. If not for Syedna’s (RA) counsel, many mumeneen would have been carried away to indulge in it. al-Multaqa happened in 1979, a good few years before the world went in financial turmoil validates the life lesson of “doing a thing on the right time”.

Furthermore, it was also Syedna’s (RA) wish for his followers, when he visited Dubai in 2004 for Moharram sermons, to withdraw permanently from credit transactions. Looking at the blooming economy then, again it was a visionary ask. However, for the Dawoodi Bohra community, Syedna’s (RA) advice has always been tantamount to prophecy. Hence, in the near future in 2008, the imaginary bubble finally broke when a lot of people went bankrupt by losing heaps of money they owed from the market, which they had incredibly dished out in credit! Courtesy Syedna’s (RA) envisaging, many were saved from this ignominy as they had quickly shifted to cash, even if it meant forgoing lucrative trading opportunities. After all, a few pebbles in hand are worthy than a heap of hay in air. Again, the life lesson of “timing” of a “task” stands out here in flying colours. In fact, the manifestations of his prescience occurred too soon to be overlooked by any discerning person!

Additionally, any talk of the 52ndSyedna’s (RA) momentous era is incomplete without a mention from the 53rd al-Dai al-Ajal Syedna Aaliqadr Mufaddal Saifuddin’s (TUS) succinct yet meritorious period on the throne of Dawat-e-Hadiyah till today. If Fatemi history is to be given a human form, the eras of 52nd and 53rdDai al-Mutlaq would flare like its two gleaming eyes, one of which cannot be considered less than the other. The beauty of our eyes is that, if they were to be interchanged, they would fit in one another’s place with precision! Such is the fundamental similitude of both eras. What al-Dai al-Ajal Syedna Mohammed Burhanuddin (RA) did then, would definitely have been done in all its likenesses by al-Dai al-Ajal Syedna Aaliqadr Mufaddal Saifuddin (TUS) too. Vice versa is also true. This is because the operating principles of the mission are same, be it this era or any previous one.

His Holiness Dr Syedna Aaliqadr Mufaddal Saifuddin (TUS) like his divine father has a proclivity to foresee. Thankfully, in the mercurial circumstances prevalent today, his guidance has been like a ship navigating in tumultuous waters. When people around the world are encountering financial storms, under the shade of Syedna’s (TUS) merciful gaze, the Dawoodi Bohra community is reaping fruitful benefits of al-Dai al-Ajal Syedna Mohammed Burhanuddin’s (RA) judicious decisions that can be traced right back to al-Multaqa al-Fatemi al-Ilmi in 1399H.

Al-Dai al-Ajal Syedna Aaliqadr Mufaddal Saifuddin (TUS) has not only continued emphasizing on business without interest and credit but also has formulated an exclusive office by the name al-Tijarat-al-Rabeha under the umbrella of Dawat-e-Hadiyah’s head office in Mumbai, to monitor and mentor the trading practices of mumeneen world over. The most significant drive of this sub-office has been to create partnership agreement awareness in community members. Thousands of deeds have been signed under this drive since its inception two years back and consequently has given the community traders a better framework to work and prosper through collaboration. Tijarat Rabeha is also giving counseling services to aspiring businessmen who wish to diversify and expand their existing ventures. All this cannot be termed as an independent development as the roots of this endeavour can be found connected to all the directives issued by al-Dai al-Ajal Syedna Mohammed Burhanuddin (RA) during al-Multaqa. Herein appears the perfect synchronization and similarity of two eras, like two equally illuminating human eyes!

Finally, as I wish to conclude my thoughts, nostalgia takes me back to that place where I had first lucidly experienced the magical power of timing! An invigorating encounter with the tools of forging, with my perceptions still in its nascency, I never knew that the “timing” of such simple actions would lead me to reflect on events of profuse historical values. Wisdom is as scattered around us as molecules of air, the only requirement is to deeply think on everything we run into. There is a reason why al-Quran al-Kareem insists on contemplating, for in contemplation lies the beauty of this creation. We end by quoting the following verses from al-Quran al-Kareem in supplication that may we keep acting in accordance to it. Allah Subhanahu states:

“And these are examples that we promulgate to mankind, so that they may reflect upon it”

Electrical Engineer grows from a one-room chawl to become the Vice President at Ultratech Cement and finally settles down to his own Engineering Services firm. His inspiration and motivational business journey speaks of operational excellence, […]

How to Start a Business With (Almost) No Money

August 28, 2018 YBJ Team Around the World, Planning, Finance & Funding Comments Off on How to Start a Business With (Almost) No Money

You’re excited to start a business. Maybe you have an idea, or you’re just fascinated with the idea of launching and growing your own enterprise. You’re willing to take some risks, like leaving your current […]

August 28, 2018 YBJ Team Around the World, Sales, Marketing & Branding Comments Off on Meet India’s power couple — the husband-wife duo from Indore who might’ve just made the world’s most efficient air conditioner

What’s more disruptive than a hybrid of cooler and air conditioner that comes at a tenth of an AC’s running cost? This means electricity consumption of only 250 Watts per hour, compared to an air […] 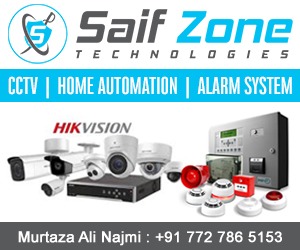